One of the most misunderstood animals, the spotted hyena has a reputation as being sly and cowardly, but is in fact fascinating and intelligent with a remarkable social system. With a large frontal cortex, hyenas are excellent problem solvers, sometimes even out performing great apes in problem solving tests. Observations suggest they may plan hunts in advance. Their intelligence is likely due to their complex social system and flexible feeding habits.

Spotted hyenas live in large groups, sometimes up to 90. Within these groups females are dominant. Even the lowest ranking female is dominant to the highest ranking male. Dominance hierarchies are passed from mothers to daughters and are maintained through co-operative alliances between individuals.

Spotted hyenas live in a “fission-fusion” society. This means clan members do not remain together continuously, but instead frequently forage alone or in small groups. Clan members cooperate in communal defence of the territory, of food resources, and the clan den. All females in a spotted hyena clan bring their cubs to one large den site, and raise their babies until they are old enough to travel with their mothers.

Hyenas are often thought of as a scavenger; while they do scavenge they kill up to 95% of the food they eat. They are extremely efficient at processing food, with strong jaws able to crush most bones, and consume most of the parts of their kill. From eating the bones of their catch, the hyenas faeces is extremely high in calcium. Giraffe, among other animals, will eat hyena poo to add calcium to their diet.

The National Zoo and Aquarium is home to 2 boys, Pinduli and Zuberi. 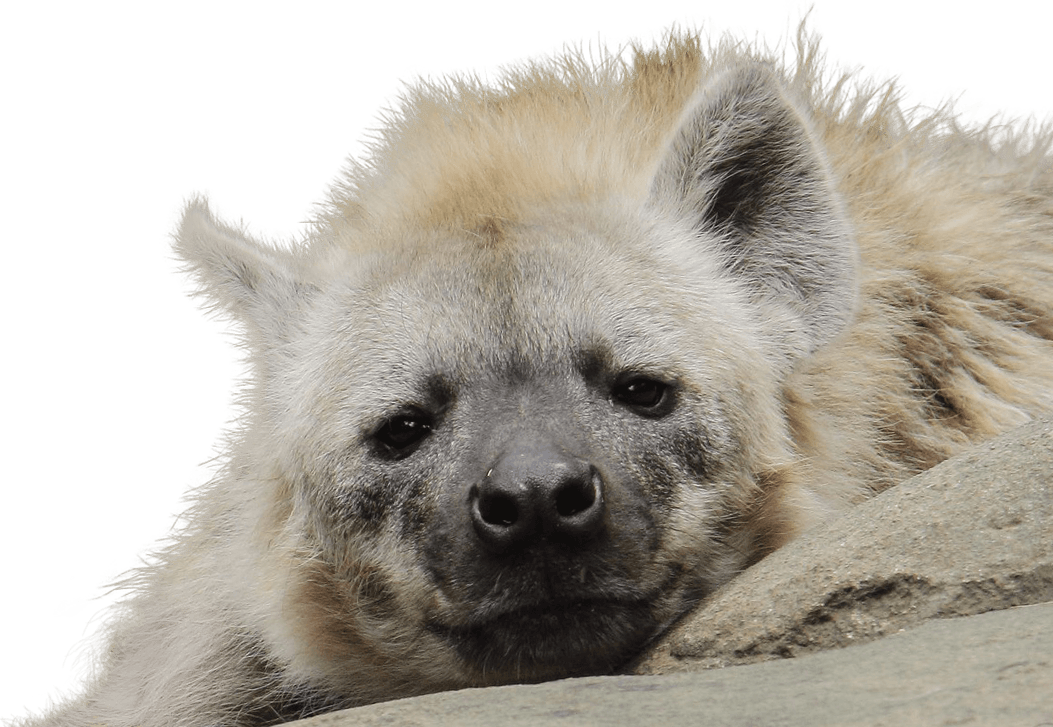